VT: Low dosage Sarin gas was tested on the New York subway system more than a decade ago.  People got sick.  We believe that the test and others along with studies listed below and information from Senate hearings provide sufficient backdrop to support what everyone is coming to see.

Data on tests inside the US has crept to the surface from time to time, but, during the Cold War, every imaginable disease, human or plant, every fungus, rust, virus or bacteria that could cripple the economies of nations like China, Russia, Cuba, Syria, Venezuela, Nicaragua, Vietnam..

Oh, how about Agent Orange and 1 million dead Americans, even more than that murdered with COVID…and millions more Vietnamese who are still dying to this day.

Some of that information that doesn’t exist and off course none of the things we deserve to see on a war waged against the world, using biological and chemical warfare not just for globalism and politics but out of worship of cruelty itself.

Monday morning, scientists working for the Department of Homeland Security will begin releasing (nontoxic) gases and particles on crowded subway platforms, beginning a week-long airflow study aimed at measuring the impact of a nightmarish chemical or biological terrorist attack.

It’s not the first such study — most recently the NYPD gassed the subway system in 2013 (also nontoxic) — but this is the first large-scale use of particles, in addition to gases. While gas tests help scientists, counter-terrorism specialists, and emergency responders understand the impact of chemical weapons like sarin gas or mustard gas, the particle test will measure the fallout from aerosol-dispensed biological agents like anthrax or ricin.

Every day this week, particles will be released from machines at busy stations like Grand Central, Times Square, 34th St. – Penn Station. Special machines and filters on platforms and subway cars will gather the particles. Researchers working throughout the system will also wear small patches designed to collect them.

The Department of Homeland Security, along with a MTA and a slew of other agencies, assured New Yorkers that neither the gases nor the particles are a health risk. The study won’t significantly increase the level of particle matter wafting through the air, in part, because New York City subway stations are already brimming with particulate. In fact, as the project’s assessment report noted, the levels of steel, manganese, and chromium in the subway system are 100 times higher than outdoors.

This report is from the Murdoch/Fox owned New York Post:

A declassified FBI report from the Baltimore field office dated Aug. 25, 1950 provides some tantalizing support for the claim. “The BW [biological weapon] experiments to be conducted by representatives of the Department of the Army in the New York Subway System in September 1950, have been indefinitely postponed,” states the memo, a copy of which the author provided to The Post

An Olson colleague, Dr. Henry Eigelsbach, confirmed to Albarelli that the LSD subway test did, in fact, occur in November 1950, albeit on a smaller scale than first planned. Little, however, is known about the test — what line, how many people and what happened.

The purported experiment occurred nearly a year before a more infamous August 1951 incident in the small town of Pont St. Esprit, in the south of France, when the citizens were hit by a case of mass insanity.

Over a two-day period, some 250 residents sought hospital care after hallucinating for no apparent reason. Thirty-two patients were hauled off to mental asylums. Four died. Mercury poisoning or ergot, a fungus of rye bread, was cited as the culprit. But ergot is also one of the central ingredient of LSD. And curiously enough, Olson and his government pals were in France when the craziness erupted.

On June 6, 1966, a group of US Army scientists made their way into the Seventh and Eighth Avenue lines of the New York City subway. Some carried air sampling machines in boxes and on belts; others carried light bulbs.

The light bulbs were packed with about 175 grams of Bacillus subtilis bacteria, then known as Bacillus globigii — approximately 87 trillion organisms in each. The plan was to shatter them and then use the sampling machines to see how they spread through the subway tunnels and trains.

This test was one of at least 239 experiments conducted by the military in a 20-year “germ warfare testing program” that went on from 1949 to 1969. These experiments that used bacteria to simulate biological weapons were conducted on civilians without their knowledge or consent. That stands in direct violation of the Nuremberg Code, which stipulates that “voluntary, informed consent” is required for research participants.

Is All COVID real COVID?

Nobody is dying in Vietnam.  Dozens of other nations whose population resembles the US in many ways are having no pandemic.  Does this suggest targeting or does it suggest something more sinister, that the inexplicable array of wildly divergent COVID symptoms may be “wall paper” disguising something else?

It isn’t just Italy, New York is an epicenter too and it isn’t simply CV 19 but chemical weapons that mimic the disease, according to highest level intelligence sources.

Defense experts are seeing a targeted biowar on China, Italy, Spain, Iran and left-leaning political regions of the US.  We will now discuss our findings.

In advanced nations, the overall death rate compared to those identified as infected averages under 1%.  In Italy and Iran, the rate is many times that and the reasons are given are fake.  Both nations have very advanced medical capabilities.

Then we look at Spain, China’s best friend in Europe and, of course, China. 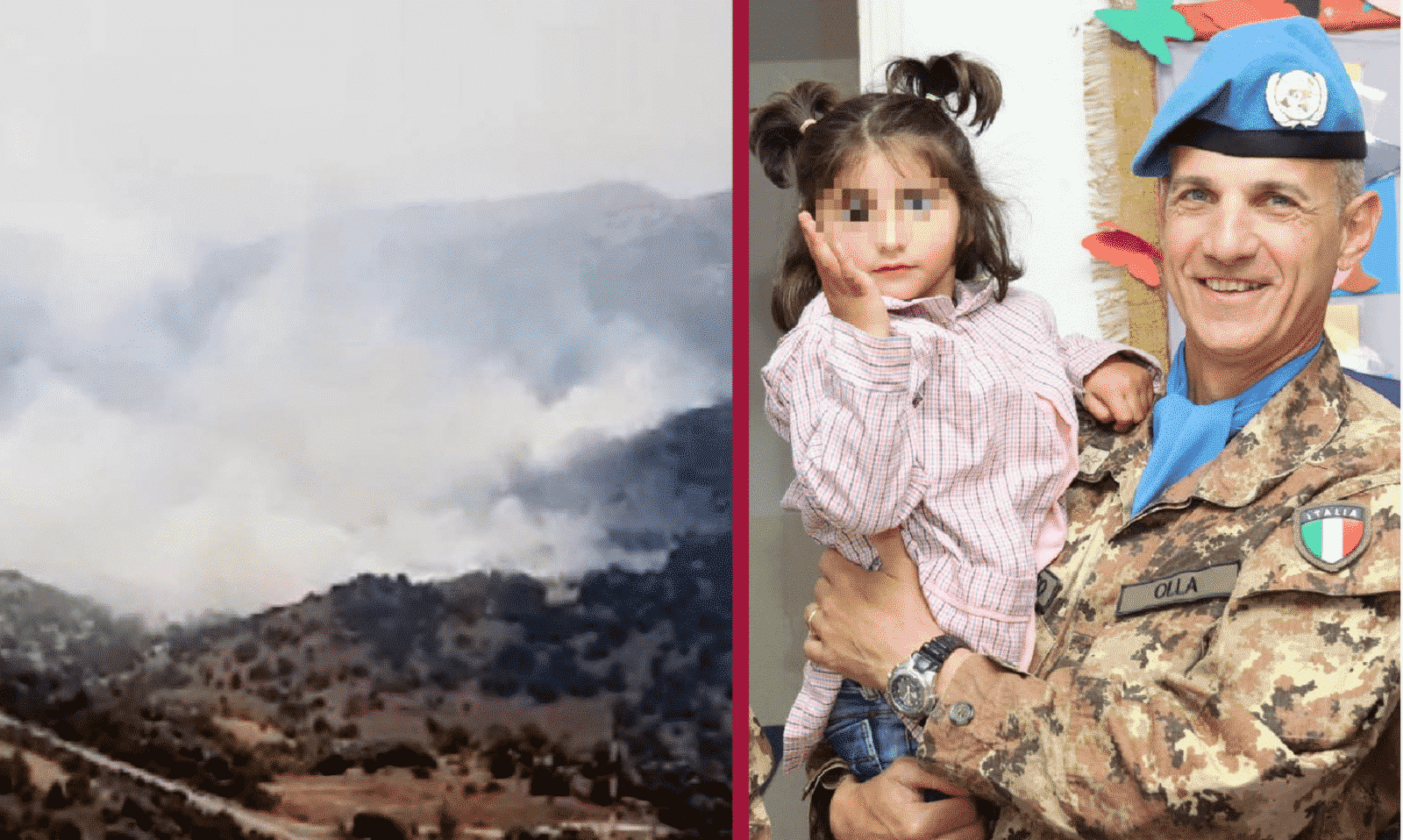 Moreover, reporting on CV19 includes concocted conspiracies that trace to Israeli intelligence and the CIA, spread by Trump and Pompeo, which are impossibly absurd and hide a multifaceted operation thoroughly evidence in US Army studies on bio-warfare that our sources say are in motion now.

The US has been relocating Global Hawk aircraft to Sicily, ostensibly to be used to spy on Russia through missions over the Black Sea.  However, other missions have been flown, Northern Italy, or across Northern Iran.  We know the US and Israel have developed the capability of dropping microdrones, with a self-destruct capability that can spread diseases like SARS, Swine Flu and the various strains of Bird Flu and crop diseases.  We also have evidence such devices have been used against China on 6 or more occasions.  We now have a new and far more sinister report.

We have a report from Russian intelligence that says the US is using low dose Sarin gas to mimic pandemic diseases.  They say they have evidence that in Iran and Italy sarin gas in extremely small concentrations has been in the food, water, and environment in minuscule concentrations.

Starting in 1996 and then ramping up to an extreme level in 2006, the US-financed studies on various nerve agents and hallucinogens which could be dropped by drones, now by micro-drones such as Israel has developed.

Parallel studies were made on crop diseases but most included diseases that could move from livestock to humans, giving a ‘cover and deception’ cause that could be explained away through controlled press assets, which means ‘all of them.’

We will also add that we have found extensive CIA and Mossad/Shen Bet complicity in media manipulation.  Worse is the recent, March 19, 2020, piece by Mitch Prothero in Business Insider.  Prothero is a “go-to” guy for reliable propaganda from the CIA.

and Business Insider regularly launders CIA promoted conspiracy theories to the “unwashed.”  It is, in fact, one of their most successful operations.  The article we refer to is an attempt to “close the barn door after the horse has run off” scheme involving the CIA’s bioweapons/Sarin lab in Tbilisi, Georgia that has been busted time and time again for leaking Swine Flu into the community near the facility and making Sarin gas to be used in Syria.

For years, Russia targeted conspiracy theories at a US-funded lab on the frontline of coronavirus testing

Here’s another one worse than the others, check the bio of the author, a food service worker.  The site was 2 years of short posts on prison reform, 50 words or so, then this showed up, which ended up on Trump’s desk as a manifesto for his blame China policy.  Ultra-curious:

An investigative team from VT/New Eastern Outlook and Russia24 not only got plans for the weapons facility but was eventually allowed in to film.  The result was devastating to the US bio-war capability in the region which has since recovered.

We also know the CIA has repeatedly tested both chemical and biological weapons, often in New York City, on the subway, according to a New York Times article that covers the Senate hearings on this. (below/archival)

We also know the CIA tested low dose Sarin gas on the New York Subway in 2008, releasing gas at the Bowling Green station near midnight, along with other stations that were “end of the line.”  Some dropped immediately, others struggled up the steps and recovered in minutes while some suffered long-term illness (perhaps worse).

This program, documented by the Senate, was the precursor to the CV 19 augmentation exercises, Italy, Spain, Iran, and China.  Greece may well soon be targeted as well, based on geopolitical analysis and the pattern we have seen thus far.