This is a question I have been begging to ask with the apparent divorce of civil decorum in our political parties. I suppose the discussion should go back to the presidential debates for the 2016 elections, when then-candidate, Hillary Clinton, asked then-candidate Donald Trump if he would accept the results of the Presidential Election of 2016, to which, Donald Trump stated, “I will look at it at the time”.

Chris Wallace then went on to school the President about the peaceful transition of government to the winner of the election as a time-honored tradition in American politics. True to form, and with a history of hypocrisy, Hillary said she was “horrified” at Donald Trump’s answer. She went on to state that Trump’s positions were always “troubling” and that he was unpatriotic . . .  right! 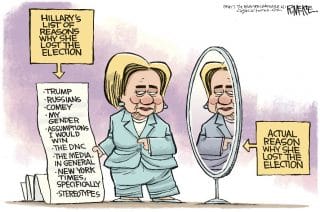 With Hillary believing the numbers in the polls conducted by 99% of the media,  she felt assured she was a shoo-in to be anointed as the next president of the United States,beating Trump in a landslide. But as Karma generally has a way of biting one in the butt, particularly in this case where there was such a shadow of life-long dishonesty surrounding Hillary and the Democrats (nomination stolen from Bernie and advance tips on debate questions afforded Hillary), she got a little surprise on election night.

But beyond this, were allegations of corruption with her tenure as Secretary of State, the pay-for-play accesses to the power wielded by the Clinton Foundation, and Comey’s fake investigation into the Hillary e-mail scandal, her campaign went down in flames. This was much to the delight of honest, hardworking Americans who were just plain sick and tired of the politician’s belief the application of the justice system was only for we the contemptible God-fearing, Walmart shoppers out here in fly-over country.

So, despite Hillary and the media’s damnation of President Trump regarding his prophetic statement about accepting the results of the presidential election, it was dear old Hillary herself, who along with 99% of the media of this country, who had an Epileptic Seizure and refused to accept the result that Donald Trump won the election, fair and square, like it or not. 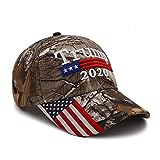 From that great night in November, when the real American’s delivered the call of justice, Hillary and the leftover “has-bins” from eight years of Obama’s failed regime, have tried everything they can think of to destroy the Presidency of Donald Trump. They have even gone to the point of a seditious coup d’etat, incorporating the illegal use of the FBI, NSA, CIA, internal Revenue Service, the Justice Department, and “Deep State Operatives” to subvert President Trump and the American public.

They have wasted more than $40 million taxpayer dollars, employed more than 30 FBI investigators and dozens of secret service operatives of foreign governments to frame a case for impeachment of President Trump on (excuse the pun) trumped-up and baseless charges. After 2-1/2 years no evidence was found to warrant the Democrat’s illegal actions to frame Donald Trump. 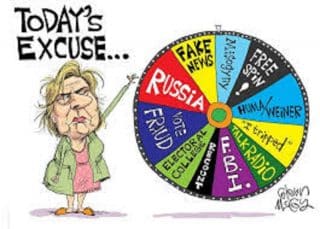 Even using Soviet-Style Star Chamber secretive hearings in the basement of the Congressional office (where Trump was not allowed to be present and unable to confront his accusers and defend himself – even those with jay-walking tickets are afforded more rights in America’s court system, they come up with only hearsay and innuendo claims by people who do not love America and hate Donald Trump. Insiders and Never-Trumpers lined to voice opinions about Trump’s way of governing but no tangible evidence of any kind that would meet the burden of a crime punishable by impeachment was even remotely discovered.

So my friends, any person legally in our country, and a citizen of the United States, I must ask the burdensome question “Are you an American or a Democrat?”  To assist you in making this choice, let me point out the difference, and by the way, liking or hating Donald Trump is not the issue here, but deciding if you stand as an American or do you stand with the Democrat-Progressive-Socialist Communist Party who outright rejects America’s rule of law, the Constitution, the peaceful transition of government, and self-responsibility. 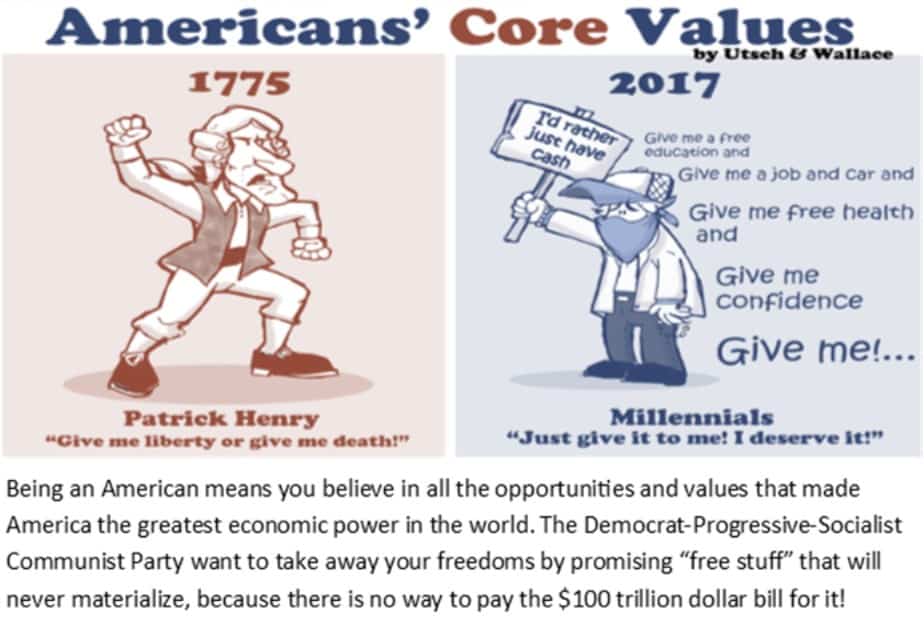 You see, if you are an American, you believe in the U.S. Constitution as the supreme law of the land. Those who have come to the United States from countries like Cuba, North Korea, Russia, and other countries of Eastern European and elsewhere, know the importance of our rights as listed in the Constitution, specifically identified in the Bill of Rights, and are guaranteed under our concept of Equal Justice Under the Law. 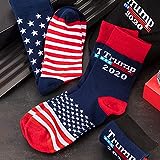 If you are an American, you believe a country cannot be a sovereign country without clearly defined and secure borders; that our country cannot be safe without a strong military; that internally we must have law and order secured by law enforcement officers of the highest integrity; and that our political system must only be represented by honest and duty-bound, freely elected politicians, who will adhere to the limitations placed on them by the U.S. Constitution. They swear to defend the Constitution and the United States when sworn into office, yet few ever pay attention to that oath. They just mouth the words.

Furthermore, an American believes that through hard work, and individual effort and self-responsibility, he/she can achieve financial success not achievable in any other country on planet earth. This achievement may require special talents or educational skills, but as an American, you can become successful by applying the tools you can learn in school or technical trade institutes.

Additionally, you believe in the sanctity of life, and that all of us are created equal in the eyes of God, and through the wisdom of our Founding Fathers, identified that every American is entitled to life, liberty, and the pursuit of happiness, without being subjected to the whims of a taxation system that deprives the citizen of our lawful right to own property and to earn a living equal to the time we are willing to invest in that pursuit.

As an American, you believe in your right to freedom of religion, speech, assembly, association with others, and to be free to petition our government with grievances. You further believe that you have the right to bear arms to defend yourself and your family from those who would do you harm or from a government who would submit our country to tyranny.

You believe in and value your right to vote in free honest elections. And lastly that we have a right to a government that is accountable to the public and recognizes that the federal government is limited to what they can and cannot do by the Tenth Amendment, which protects all citizens from big, intrusive federal government action.

Over the last two months, we have heard House Speaker Pelosi piously invoke religion in an effort showing how often she prays for the success of President Trump while condoning the latest atrocity the Democrats have brought to the table in several states which is post-abortion Infanticide (killing a baby who has survived a botched abortion attempt).

She often touts “the Constitution”, but sounds as if she has never read a word of it, as the “one chamber house committee star chamber closed-door, impeachment hearings revealed. Even staunch liberal Democrat constitutional scholar, Alan Dershowitz (author of the critical acclaim book, Guilt by Accusation), admits the whole impeachment fiasco has no legal foundation.

Additionally, their open-door policy with no legal U.S. borders would allow anyone wanting to enter the country (without exception) and avail themselves and their families to free healthcare, free education, free housing, and unlimited welfare benefits, and expect the hardworking U.S. taxpayer to foot the bill.

Unfortunately, these wizards of fairness (the politicians you have elected) believe these under-educated undocumented border crashers are entitled to the fruits of your labors while the rest of us have to work for a living. This is outright foolishness, and of course, unaffordable. 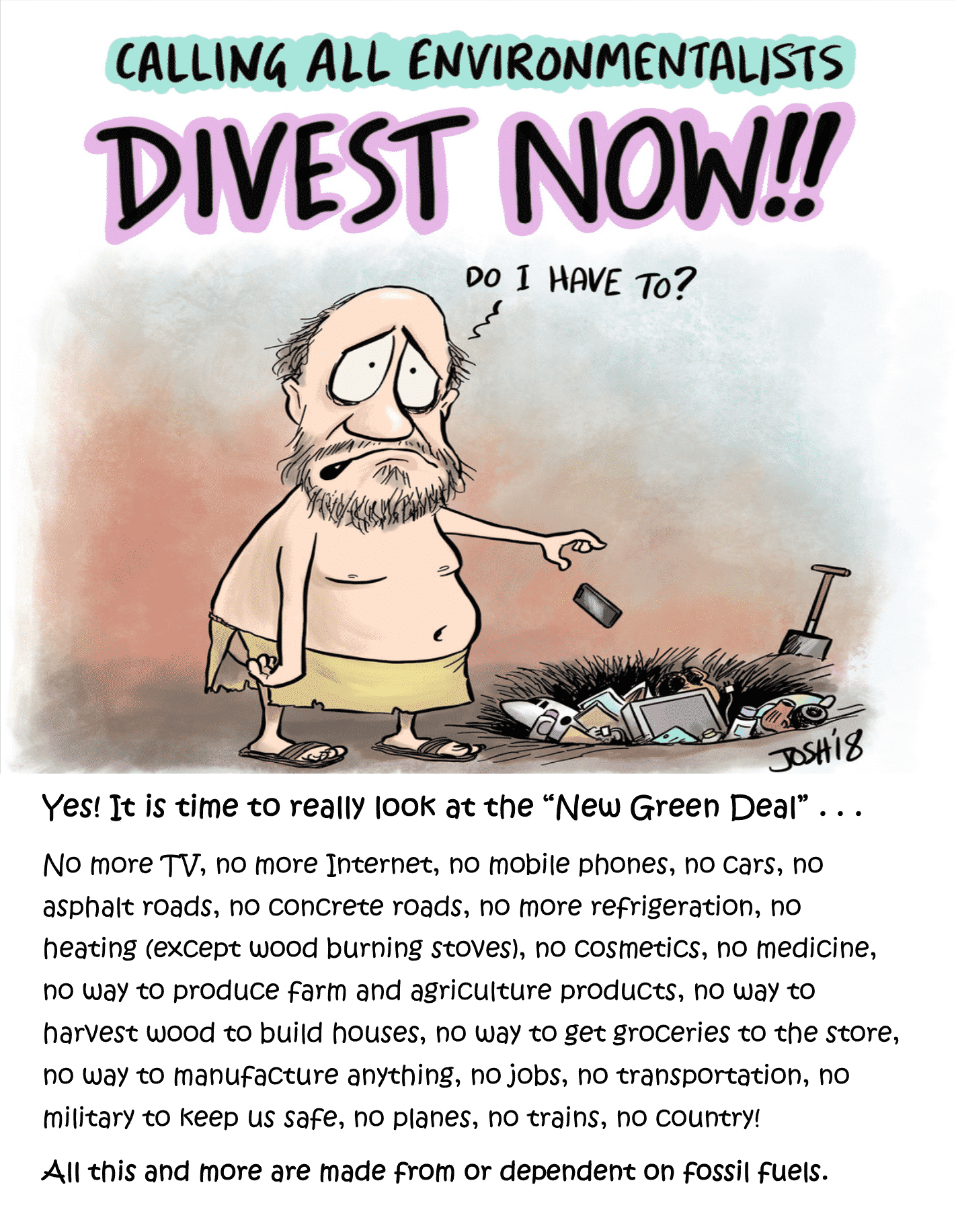 But the biggest boondoggle of all is this newly touted “green new deal mandate” which every Democrat candidate bought into at the recent Democrat debates. This stupid and irrational policy would allow the federal government to outlaw the use of fossil fuels by 2050. Talk about STUPID? This would be the fastest way to destroy the world’s most vibrant economy and destroy America that allows us to live better than the residents of any other country.

This is not just a mindless catastrophic prediction. Look out your front door and make a note of everything you see. You will note that everything in sight has a connection to fossil fuel: energy to power industry that provides the workforce with jobs; fossil fuel is the most important ingredient in paint, cosmetics, medicine, plastics, food growing and processing, asphalt and concrete used in highways and building infrastructure, lumber processing, and every manufacturing job you can name. In fact, the country can’t even get products to market without transportation.

It is a simple fact that every product in every store is delivered by fossil power vehicles of some sort, and these are just a few examples of what these mindless twits have in store if they gain control of our country. Last but certainly not least, we wouldn’t be able to defend America without fossil fuel to power our airplanes, tanks, or make our munitions, but I suppose these dolts believe a 40-ton tank in the heat of battle will have an electric charging station available when they stop running in the middle of a desert, jungle, or some remote mountainous terrain.

Since the election of Donald Trump, the Democrats have been trying ways to subvert the Constitution by invoking laws to negate the Second Amendment, to ignore the Electoral College, and to increase the powers of the federal government in violation of the Tenth Amendment. My word to those who hate America and our Constitutional…