The publisher, Natural News, was one of the most prolific pushers of the viral “Plandemic” conspiracy video, which falsely...
Read more

CARACAS: AFTER THE CAPTURE OF TWO SABOTATORS
THE PROSECUTOR INDAGES THE DEPUTY OF OPPOSITION.
MADURO: “5 US HIGH-TECHNOLOGY ATTENTIVES
WITH EXPLOSIONS IN ELECTRIC STATIONS”
HUNTED ALL US DIPLOMATICS!
CUBA AMBASSADOR: “ACTS OF TERRORISM”
PRESIDENT BOLIVIA: “TRUMP GUILTY OF THE DEAD”
GUAIDO ‘: “ALARM STATUS: OIL STOP IN CUBA”

At noon (5 pm in Italy) today, Tuesday 12 March, the Venezuelan public prosecutor, Tarek William Saab announced that the Prosecutor’s Office of the Republic of Venezuela has launched an investigation against Juan Guaidó , deputy of the Asemblea Nacional  in office since 2016, for its alleged involvement in the sabotage of the electricity system from that country. The provision, which was communicated to the Supreme Court of Justice (TSJ) , was taken against the opposition leader to investigate his possible intellectual paternity in the events that struck the Venezuelan population from Thursday 7 March. Exactly as requested by President Nicola Maduro, the magistracy therefore wants to see clearly about the 5 sabotages with cyber, cyber and explosive attacks on power stations and stations of the electric network. “We started a new investigation, which is added to the initial ones on January 29, on citizen Juan Guaidó for his alleged involvement in an attack on the electricity system,” said the attorney general, as reported by the TV network Telesur . William Saab also explained that this investigation goes hand in hand with that for the reference to criminal acts that Guaidò would have made on the “justification of violence or even incitement to looting, incitement to looting, robbery, under the pretext of needs economic, in messages to the population “. The official note of the Government of Venezuela he had communicated a few hours before that “electric sabotage is not a casual event, it is part of an increasingly desperate climb to overthrow a legitimately constituted government”.

It should be remembered that already the previous leader of Voluntad Popular, Leopoldo Lopez, mentor of Guaidò, ended up under investigation and was then sentenced to 13 years and 9 months in prison (in January 2019 converted to house arrest) for instigating violence. In the square demonstrations in 2014, even more than in recent ones, there were dozens of victims and thousands of wounded. Since then a significant part, though not the majority, of the protesters was acting with arsonist, molotov and other rudimentary urban guerrilla fireworks similar to those of the infamous black-blocks. Real explosive attacks were also organized against Policía Nacional Bolivariana (Pnb), Gnb (Guardia Nacional) and Fanb (Fuerza Armada Nacional) agents. Scenarios more from civil war than from political protest of the square.

MADURO: “THE CRUDEL ATTACK OF THE AMERICAN EMPIRE”

“The cruel attack that the American empire has carried out against the electricity system has been detected, contained and progressively reversed, thanks to the efforts of Venezuelan experts and hackers who maintain intense work to restore peace to people. I assure that the cybernetic attack against the Venezuelan people has been carried out with a technology that has only the government of the EEUU (Estados Unidos – Usa) . You cannot call political strife attacking the electricity system, taking away the tranquility and the right to life to millions of Venezuelans. It’s called a criminal coup. It’s a serious violation of human rights! ” At 9pm on Monday 11 March, two in Italy in the morning , Nicolas Maduro , president of the Bolivarian Republic of Venezuelahe went up to the Palacio de Miraflores in Caracas and live on television and social media, for those without electricity who were able to recharge their phones in public places, he described in detail the three stages of this “electric coup”, which began on Thursday with the sabotage of the hydroelectric plant Simon Bolivare on the large Guri dam , continued Saturday with the explosion of the primary emergency electric substation of Sidor(between Guyana and the capital of the Bolivar state of the same name ) which started operation to guarantee energy supply, and continued on the night of Sunday and Monday with the outbreaks of a second substation in Caracas , as anticipated exclusively byGospa News , and two more, including that of Cabudare in the state of Lara . “The change of the regime’s plan United States proposes the electrical blackout in Venezuela as a” watershed event “for” to galvanize public disorder. ” Created in 2010 by Canvas, the NGO that educated Juan Guaidò , the memorandum reads like a strategic plan for today’s coup ». The journalistic investigation website The Grayzone writes on Twitter from the Foreign Ministry of Venezuela, Jorge Arreaza . While the self-proclaimed president Juan Guaidò as president (actual) of the Asemblea NacionalMonday got the obvious vote of the Venezuelan parliament to declare a state of emergency (according to Article 338 of the Bolivarian Constitution), the first condition required to invoke and therefore justify foreign intervention by blocking export of oil to Cuba , accusations of sabotage to the US become stronger and more detailed, so much so that the Bolivarian Government has ordered all Washington diplomats to leave the country : news obviously sold on the contrary by the American embassy and the Western and Italian media in its service, which he claimed to have called officials on his own initiative. 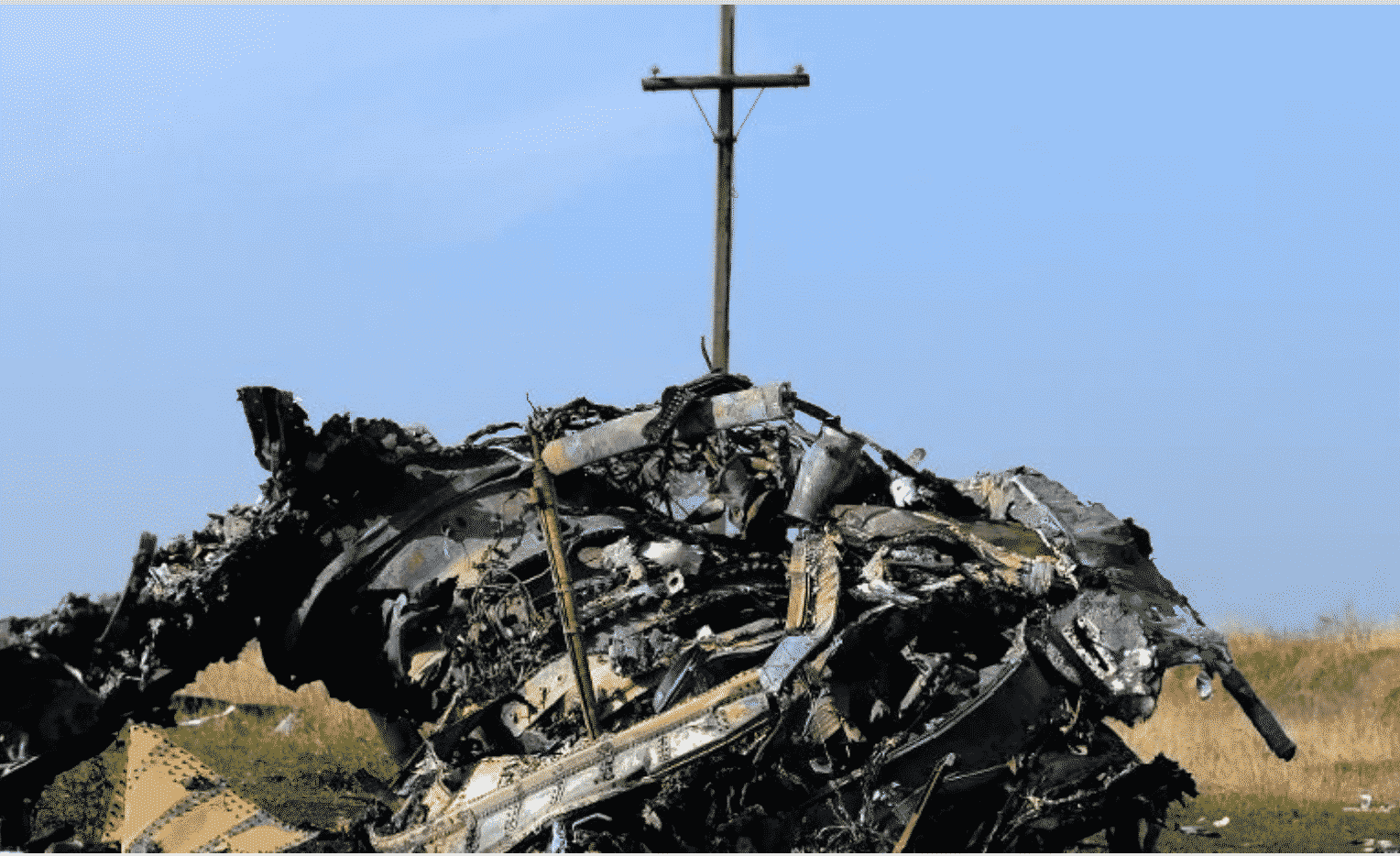 From the Cuban ambassador in Caracas Rogello Polanco Fuentes very heavy accusations come to the saboteurs: “The revolutionary government Cuba strongly condemns the sabotage to the supply of electricity to Venezuela , which constitutes a terrorist act, aimed at damaging the defenseless population of an entire nation”. To confirm the attacks, already reported as such by Gospa News in previous reports, is the Vice President Jorge Rodríguez, Minister of Communication : «Since Thursday we have received five criminal attacks on the national electricity system. At this moment we can say that there has been very broad progress in the recovery process ». Nevertheless there are areas likeMaturin , where nine people died in the hospital due to the blackout, which has been without electricity for 100 hours. And also in Maracaibo the situation has lasted for dozens of hours with sporadic moments of return of the current. Until Saturday the emergency was that of the absence of energy, after the first collapse of the “cybernetic-electromagnetic” sabotage of the Simon Bolivar hydroelectric plant. On Sunday, there began to be one for the search for ice to keep food in the fridges turned off in a Caribbean country with temperatures that are always warm. From Monday 11 March the alarm is now also for drinking water: despite the supplies organized by the Government with the distribution of bottles together with the boxes of Clap foodstuffs, the block of many electric pumps for underground drainage and filtration has thirsty the country forcing people to draw water where it occurs with serious risk of viral infections. “Within a couple of hours the water will become a bigger problem than the light – tweeted Monday afternoon from the capital  Daniel Blanco , activist of Amensty International  and correspondent of some media – The river Guaireit is already a water collection point (not suitable) in Caracas . The Caritas goes around giving tablets to purify water outside the Venezuelan Episcopal Conferenceuntil stocks are exhausted. Inform family and friends of unsafe water at home. The National Guard was ordered to control  El Ávila and El Guaire to avoid disruption to the water. Some soldiers have decided to do more .. ». He reports showing a moving photo taken in San Agustín del Surwith a Gnb soldier who helps a boy take away a bucket of water “. The restoration of the electricity grid announced by Maduro should still allow this emergency to be overcome within a couple of days.

FIVE DAYS OF ATTENTION TO THE ELECTRICAL SYSTEM

“Here I am at the head of my responsibilities, facing the country, our people, in the face of the most vile and criminal attack ever made against the people of Venezuela: the electrical attack. The government is deployed to satisfy all food and water needs, in the midst of the emergency we are facing “. Thus began the official speech of President Nicolas Maduro from the Palacio de Miraflores of Caracas  in which he then immediately denounced “the fire and explosion of electrical substations to remove all electricity in Caracas. Donald Trumphe says all the options are on the table. The electric war, the cyber attack is one of the options. We are working to bring the electric service and tranquility. I know what you went through, I lived with you and I admire the vigor, courage, superior conscience, patience that man and woman must bring to their home »he told the people in the tones of the family man , characteristic of the Chiavis of Catholic Bolivarian Socialism , before going into the details of the attacks: «It was an electric coup in several ways: first the cyber attack on the brains of the company system of Corpoelec at El Guri and the cyber attack from ‘outside the central server that remains in Caracas ».

New York governor Andrew Cuomo (D.) said on Friday that the coronavirus came to the United States from Europe and not China. "We were all...
Read more
Big Business

The publisher, Natural News, was one of the most prolific pushers of the viral “Plandemic” conspiracy video, which falsely claimed that the coronavirus is...
Read more
Law Enforcement

The city of Minneapolis has been consumed by rioting and looting in the wake of the death of George Floyd on Monday, which occurred...
Read more
Mainstream Media

In a remarkable turn of events CNN headquarters was vandalized during a protest in front of the corporate offices. Via the New York Post: Protesters set...
Read more

Chicago Mayor Lori Lightfoot blasted President Trump and invoked an expletive Friday in response to his tweet after three days of protests in Minneapolis, Minn., when...
Read more

New York governor Andrew Cuomo (D.) said on Friday that the coronavirus came to the United States from Europe and not China. "We were all...
Read more

The publisher, Natural News, was one of the most prolific pushers of the viral “Plandemic” conspiracy video, which falsely claimed that the coronavirus is...
Read more

The city of Minneapolis has been consumed by rioting and looting in the wake of the death of George Floyd on Monday, which occurred...
Read more