Russia Accuses US of Bio-Warfare in Shocking Report – Veterans Today

Russian-American relations are at their lowest level since the end of the Cold War. The already tense situation was further...
Read more

Biden’s Border Czar to Step Down

VT: When Mueller was appointed, he was limited, by the DOJ run by Bob Barr, Trump’s personal “cover up guy” and by congress to not investigate the real criminal network that had been behind Trump since 1991 when VT personnel were directly involved in laundering Soviet cash though Trump, establishing him as a Kosher Nostra capo.

Prior to that, Trump had been a Russian asset, according to very reliable sources, since4 1978.  Some say 1987.  All agree, Trump is Russia’s guy and covering it all up was a big part of managing the Mueller investigation whose findings were classified and never shown to the public, findings that say Trump is “Russian mob.”

Gordon Duff of VT was interviewed early on by Mueller investigators for his alleged relationship with Mike Flynn and Russia and then asked to lecture on Russian American relations, the history of US covert operations against Russia and other areas, for the FBI’s counter intelligence office.  Those are ongoing.  In the process, as one might guess, Duff didn’t leave without “gems” of his own.

Note that back in 2012, another FBI operation came to VT and Duff tied to Bain Capitol, Soviet and Russian operations in Cuba, which tied senior members of the GOP, many of them, to Russia as well.  It isn’t just Trump.  Let an FBI agent, recorded here, tell you about it.  There are hours of records detailing payoffs of key members of the Senate and House, through accounts in the Cayman Islands

Below, you will see the current story with links and VT’s 2017 piece written by Duff and Greenhalgh.

Raw Story: However we decide to account for Donald Trump’s astonishing rise and fall, we now know that he was certainly no stranger to a sprawling netherworld of Russian gangsters and oligarchs.

Now there are stunning new allegations in federal court documents that this Russian criminal network with worldwide reach hired Felix Sater, one of Trump’s closest associates, to hide a fortune stolen in Kazakhstan.

The central Asian country was once part of the Soviet Union. The stolen fortune cited in the lawsuit is the tip of the iceberg. Keep reading.

The documents alleging Sater’s illicit conduct are listed in the lawsuit brought by the city of Almaty, the capital of Kazakhstan, and the looted BTA Bank in that city.

Some of the $440 million was intended to finance a Trump tower in Moscow, court papers show.

During the 2016 campaign Trump’s then fixer, lawyer Michael Cohen, told a top aide to Vladimir Putin that the modern czar would be given the tower’s $50 million penthouse. The Moscow tower was never built.

The gratuity, first reported by Buzzfeed, was intended to ensure that Russian oligarchs snapped up the rest of the apartments. Trump would have a huge windfall after, to his own surprise, he became the American president. As a candidate, Trump lied repeatedly, insisting he had no business dealings in Russia and was not pursuing any deals.

Special Counsel Robert S. Mueller III told Congress last year that his team was limited to investigating only criminal acts involved in the 2016 presidential campaign. He was instructed not to touch on counterintelligence.  Read more…then return to VT to review the article below from 2017:

Editor Note:  Longtime VT readers will remember the video footage I was able to take of Gordon when he gave his headline presentation at the Damascus Counter-Terrorism convention, without notes as usual and with the awkward delay of the translation. But he spilled the beans right off the bat that the forces behind the Terror war were not really countries, or religions, or political parties…but international organized crime on a scale that most would find hard to even comprehend.

You are about to read how those forces have not just been active around the world, but right here in the US. And at the level they operate at, law enforcement, legal and judicial problems are issues you fix on the “front end”. It is the only way to protect the huge investment that major crime syndicates make in the bigger economies.

So saddle up, put a piece of leather between your teeth and see if you can hang on for the ride. This is a very depressing story for the scale of America being sold out by people who expect to be admired for their work. These people would embarrass common criminals, as they have betrayed their own families even…  Senior Editor, Jim W. Dean

by Ian Greenhalgh and Gordon Duff

Consulting and security firms with nation-state clients are now putting out an alarm.

America has entered a “constitutional crisis,” the government is wrong somehow, terms like “deep state” or “rigged election” are floating out there.  In truth, few grasp what has really happened and fewer still know how to tell the story.

What is here needs to be understood in order to be survived.  To begin with, we are only continuing the tale begun in Damascus in 2014 when we informed a regional security conference there that ISIS is a creation of organized crime and has only a veneer of Wahhabist extremism, just enough to feed the willing press assets who have been tasked to continue the subterfuge.

Most get all of this now, how ISIS is fake terrorism reported by fake news to fake countries with fake governments and fake economies based on fake money.

Our context begins with the news of the day, minor players, press conferences and phony congressional investigations.  Past this, there is an equally phony FBI investigation and for the first time, most readers will get more than empty accusations and bumper sticker analysis.  We are actually going to tell you where it all comes from, who did it and why you should care so sit tight, it’s going to be a bumpy ride.

It is clear to most Americans that Rep. Devin Nunes is involved in “monkey business” of some kind, secret midnight meetings and blatant misuse of his position to scuttle inquiries into President Trump and those around him, official criminal investigations Nunes learned of while questioning FBI Director Comey recently.  Those questions and many more will be answered, answers none want to hear, not Comey, not Nunes and certainly not Trump.

The truth, the real truth presents a dark picture of something more than a simple constitutional crisis or Washington “corruption as usual.”  When threats pouring out of the White House, “we will have your family killed,” taken from court documents filed against Trump, and backed up by our informants as well, something Trump utters several times a day, one of his most common patterns of speech, what we are going to demonstrate for you should make you afraid.

There are, in the United States, no organizations capable of protecting themselves against those you will learn about here.  We will paint a very dark picture, one of a world few would have accepted as possible only a few short months ago.  Today things are different, lies, threats, and bullying are the law of the land.  So is murder and corruption, not the fake news conspiracy theory version.  The dead here are really dead, the threat real as well.

Key sources have told VT how mob bought-and-paid-for Justice Dept. and FBI officials have scuttled investigations into not just Trump, Epstein and Sater, but their bosses – men so powerful no-one can be protected from them, least of all, a president. (continued) 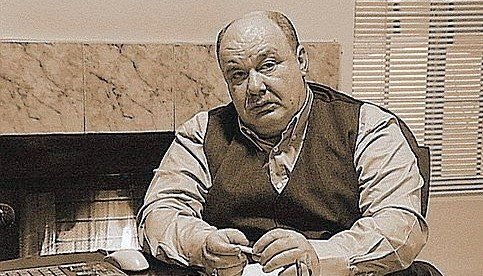 Mogilevich was born in 1946 in Kiev’s Podol neighborhood. In 1968, at the age of 22, Mogilevich earned a degree in economics from Lviv University.

In the early 1970s, Mogilevich became part of the Lyuberetskaya crime group in Moscow and was involved in petty theft and fraud. He served two terms, of 3 and 4 years, for currency-dealing offenses.

Alleged Russian organized crime boss, believed by European and the United States federal law enforcement agencies to be the “boss of bosses” of most Russian Mafia syndicates in the world.

Mogilevich is believed to direct a vast criminal empire and is described by the FBI as “the most dangerous mobster in the world.” He has been accused by the FBI of “weapons trafficking, contract murders, extortion, drug trafficking, and prostitution on an international scale.”

Mogilevich’s nicknames include “Don Semyon” and “The Brainy Don” (because of his business acumen). According to US diplomatic cables, he is said to control RosUkrEnergo, a company actively involved in Russia–Ukraine gas disputes, and a partner of Raiffeisen Bank.

In 1994, the Mogilevich group obtained control over Inkombank, one of the largest private banks in Russia, in a secret deal with bank chairman Vladimir Vinogradov, getting direct access to the world financial system. The bank collapsed in 1998 under suspicions of money laundering. Through Inkombank, in 1996 he obtained a significant share in Sukhoi, a large military aircraft manufacturer.

He lives freely in Moscow and has three children. He is most closely associated with the Solntsevskaya Bratva crime group. Political figures he has close alliances with include Yury Luzhkov, the former Mayor of Moscow, Dmytro Firtash and Leonid Derkach, former…