A low life, scum sucking Bill Clinton appointed federal judge has decided it’s his job to make policy from the bench and has blocked Trump’s transfer of funds from military projects to the border wall, as Reuters reports:

“A U.S. federal judge on Tuesday ruled against President Donald Trump’s attempt to transfer $3.6 billion in military construction funds to build a wall on the U.S.-Mexico border.

JUST IN: Federal judge blocks use of billions of dollars in Pentagon funds to build border wall https://t.co/y3ljSaIBjM pic.twitter.com/5f6RdXkipI

The ruling is a legal setback for Trump, whose administration has vowed to build at least 450 miles of wall along the border by November 2020, when the U.S. presidential election will take place. Trump has argued the wall will deter illegal border crossings, a major focus of his presidency.

Top Democrats in Congress have criticized the project as wasteful and ineffective. They’ve also ripped Trump for using billions in U.S. taxpayer dollars for the wall after he promised during his presidential campaign that Mexico would pay for it.

The Supreme Court ruled in July that the Trump administration could access a separate pot of $2.5 billion from a Pentagon counter-narcotics fund to pay for wall construction pending a related appeal – a major victory for Trump.

“President Trump has been clear,” Wolf said during the press conference. “We will build the wall, and he is following through on his promise.””

This legislating from the bench by judges who think it’s their job to set policy needs to end.

This judge has gone too far, and while his decision will likely be overturned, he has succeeded in temporarily gumming up the works.

President Trump needs a second term if for no other reason than to replace more judges to ensure this kind of thing rarely happens in the future. 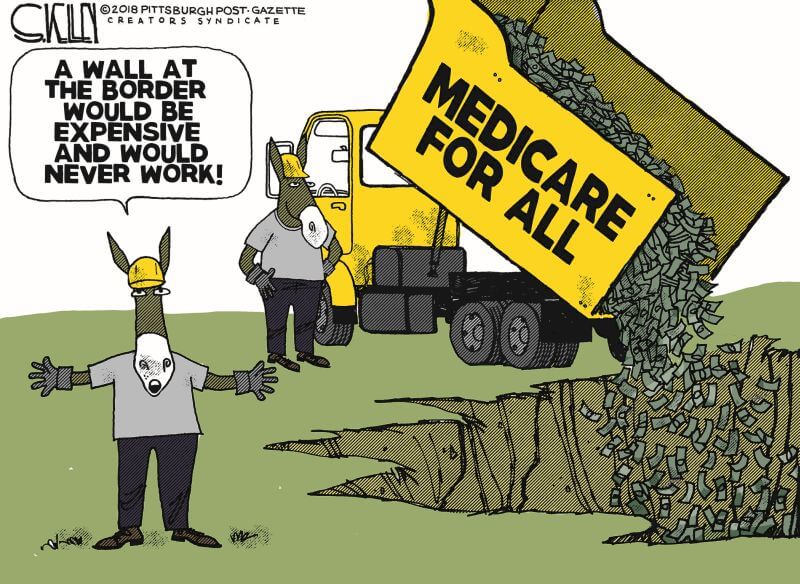