In their flailing efforts to blame President Donald Trump for the actions of a lone police officer...
Read more

With moving foreword from former CIA Director General David Petraeus ……. riveting, no-holds-barred account—hitherto untold—of […] the fight against ISIS from Iraq to Syria to Afghanistan. This is a compelling, important story—and Hunting the Caliphate captures it vividly and clearly. — General David Petraeus.

In “Hunting the Caliphate: America’s War on ISIS and the Dawn of the Strike Cell” (Post Hill Press, August 27, 2019), Dana J.H. Pittard and Wes J. Bryant bring their senior military backgrounds and unique experiences serving in once-secret operations in the Middle East together to create one of the only books on the market with true stories from the war on terrorism in the years following 9/11.

From “Hunting the Caliphate:” “We watched grimly as the ISIS fighters…took aim with their machine guns and opened fire. Once the smoke and dust settled, we could see clearly that ISIS  had executed all 80 men.”

With a combined 50-plus years in military service, Dana J.H. Pittard, Major General, U.S. Army (Retired) and Wes J. Bryant, Master Sergeant, U.S. Air Force (Retired) give in their new book a first hand look at once-secretive American operations focused on the activities of ISIS. Recounting their personal experiences of the dramatic scenes that splashed across our newspapers at home throughout the past two decades, the authors share their personal testimony to the growing extremism not only in the Middle East, but around the world. 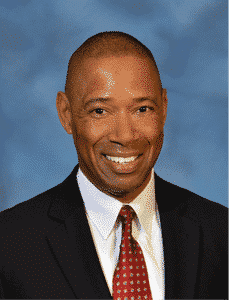 DANA J.H. PITTARD retired from the U.S. Army in 2015 at the rank of Major General after thirty-four years of active duty service. He was a highly decorated combat leader and commanded units at every echelon from platoon through division, including multiple combat tours in Iraq and the Middle East. In 2014, he was chosen to lead the initial U.S. response to halt the aggressive spread of ISIS in Iraq. Dana has earned a B.S. from West Point, a master’s degree from the School of Advanced Military Studies at the U.S. Army Command and General Staff College, and attended the John F. Kennedy School of Government at Harvard University as a Senior Fellow. He is currently a vice president with a manufacturing company in Indiana where he lives with his wife Lucille and their two sons. For more on Dana visit him at www.danajhpittard.com. 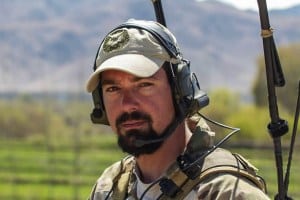 WES J. BRYANT retired from the U.S. Air Force in 2018 at the rank of Master Sergeant after twenty years of active duty service. Embedded with Special Forces teams under a Navy SEAL task force, Wes was the tactical lead for a contingent of special operations JTACs to first set foot in Iraq to stop ISIS. As the senior enlisted JTAC to establish the BIAP Strike Cell, Bryant coordinated and controlled the first airstrikes against ISIS in the Baghdad region. He later deployed as the senior Special Tactics JTAC for special operations task forces hunting ISIS in Syria and Afghanistan. Wes earned a bachelor’s in Asian Studies from the University of Maryland University College. He’s been a lifelong writer, amateur philosopher, and an avid student of the martial arts. He currently pursues writing and editing and teaches Chinese Kung Fu and Tai Chi in his community in North Carolina, where he lives with his wife, Katie, and their two daughters. Wes’ work can be found at www.wesjbryant.com.

ADVANCE PRAISE FOR “HUNTING THE CALIPHATE”

“From mass executions, pinpoint air strikes, political and military frustrations and the politics of coalition warfare, ‘Hunting The Caliphate’ is a compelling blend of military history and first person memories of the war against terror—the complex battlefield, the joys of victory, the tragedy of loss and the sacrifice of the men and women who carried out the mission. An insider account from a senior Army ground commander and a front line battlefield airman, the book is a gritty, compelling read for all who hope to understand America’s longest war.”  —Deborah Lee James

23rd Secretary of the Air Force and author of “Aim High: Chart Your Course and Find Success” “Simply Excellent. Hunting the Caliphate is the first account to give sustained insights into the events and personalities shaping the war on ISIS that academics and journalists have failed to capture except in snapshots. Effectively written, and with editing nothing short of first-rate, it is a descriptive and gripping narrative from two contrasting yet intersecting perspectives that offers readers a broader view of the US military campaign against ISIS. As a historian, I applaud the insightful observations riddled throughout that serve to accurately convey an important history—and dispel its myths.” —Mark Reardon, Senior Historian, US Army Center of Military History

An Interview with Dana J.H. Pittard and Wes J. Bryant

1. From your combat experience, why and how is ISIS different from our other terrorist enemies?

ISIS differs from other terrorist entities in its level of uncompromising extremism combined with an uncanny ability to rapidly expand influence and recruit throughout all parts of the
world—both within vulnerable, unstable nation-states and across modern Western societies alike. Added to this is the professed establishment of a “caliphate”—a throwback religious empire based on a twisted and archaic interpretation of Islam—fused with unparalleled financing, organization, and equipping, formidable strategic warfighting capability, and highly-trained military forces.

2. What are your thoughts on the military campaign against ISIS?

There’s been much discussion about how ISIS formed, why it formed, and the role that U.S. decisions in the Middle East for the past two decades played in its up-springing. Although that discussion is important so that we can better learn how to avoid the rise of such a force in the future, in the end it becomes moot. In 2014, the facts in front of us were there was a very prolific, capable, and heinous terrorist army rampaging across easter Syria and northern Iraq. In Syria they had taken advantage of the instability caused by civil war, and in Iraq they had taken advantage of the Sunni-Shia rift that had grown stronger with Iraqi government policies since the U.S. military withdrawal in 2011. We had a strategic and a moral obligation to initiate the campaign against ISIS—to prevent the crumbling of an Iraqi democracy we’d spent years and American blood and treasure to help create. We needed to stop a brutal terrorist force defined by an utter disregard for humanity. Though the geographical “caliphate” has been defeated, in some ways ISIS is still dangerous as a terrorist organization. We must continue the campaign against ISIS in the failed states and ungoverned regions of the world where it may reappear.

3. Many people say that President Trump is really defeating ISIS whereas Obama failed in doing so. How do you feel about our current and former presidents’ roles in the campaign against ISIS?

The posit that President Trump is defeating ISIS when President Obama failed is simply not accurate. President Trump continued on the path that Obama laid out in 2014 when then-President Obama called for the creation of the successful anti-ISIS coalition, consisting of Middle East Arab allies and our European allies uniting against the common threat of ISIS—and for our Arab partners to carry the weight of the ground fight. There were good and bad policy decisions made by on the Obama Administration. There have been good and bad decisions made by the Trump Administration. President Trump delegated more authority to the Secretary of Defense over strategic and operational decisions than President Obama had previously given. That helped to enable a more fluid command and control and gave more freedom of action to subordinate commanders, which helped in the eventual defeat of ISIS as a state. We would probably have seen a similar outcome under a continued Obama presidency. The real credit should go to our partnered Iraqi and Kurdish military forces on the ground, the U.S. military, Iraqi Shia militias, European allies, and Middle East/Arab allies and other anti-ISIS forces.

4. Some Americans and even politicians think that America is simply “bombing the Middle East” and drone warfare is unethical and should be considered murder.  What thoughts do you have on these perceptions?

We have seen this narrative extend even into parts of our political realm in recent years, and it is a misperception that vastly skews and discredits U.S. efforts in the Middle East as well as the work of our military forces. In 2014, America came to the aid of the Iraqi people and government in fighting a very savage and brutal enemy—ISIS. The use of drones and other airborne platforms has allowed the U.S. military and the coalition to be more accurate with airstrikes, which helped to significantly reduce civilian casualties and collateral damage to infrastructure. The misperception regarding our airstrike campaign and the use of drone warfare completely disregards the incredible successes we have had in safeguarding our Middle East partner nations against the threat of ISIS.

5. After being in combat in the Middle East, who do you feel is the enemy?

Under President Obama, there was incredible backlash from various factions within the American societal and political realm because Obama would rarely use the term “Islamic extremism” to describe our enemies. But that was not for failing to recognize that our enemies have been defined and shaped by a brand of religious extremism. It was instead an effort to not add to the misperception that America, and the West, are at war with Islam itself. This misperception still exists, perhaps even stronger today, and it is one that leads to anti-Islam sentiment, persecution, oppression, and even “right wing” terrorist attacks against Muslims—as we’ve seen increasingly in recent years. The greatest problem, and irony, with that is that when we…

In their flailing efforts to blame President Donald Trump for the actions of a lone police officer in Minneapolis, the mainstream media...
Read more
Donald Trump

President Trump was disappointed. Bad weather on Wednesday forced a delay in SpaceX's planned launch of the Dragon spacecraft, robbing the president of a...
Read more
Border Security

Miranda Richardson requires Englishmen of good character to aid her in her quest to eliminate the Grey Squirrel from our shores…https://www.youtube.com/watch?v=wL-NNWoblxIDO NOT SHOOT: Native...
Read more
China

New legislation circulating in Congress would pour tens of billions of dollars into American research and development, in a move that one Republican sponsor...
Read more

The laws in Minnesota...
Read more

In their flailing efforts to blame President Donald Trump for the actions of a lone police officer in Minneapolis, the mainstream media...
Read more

President Trump was disappointed. Bad weather on Wednesday forced a delay in SpaceX's planned launch of the Dragon spacecraft, robbing the president of a...
Read more

Miranda Richardson requires Englishmen of good character to aid her in her quest to eliminate the Grey Squirrel from our shores…https://www.youtube.com/watch?v=wL-NNWoblxIDO NOT SHOOT: Native...
Read more