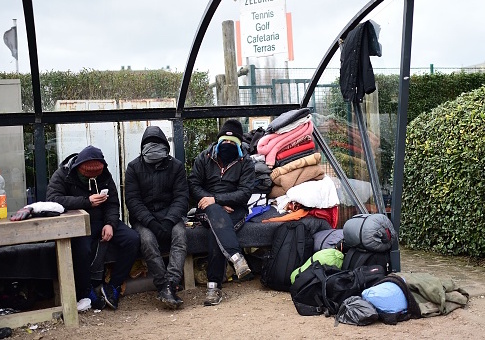 Reps. Randy Hultgren (R., Ill.) and James McGovern (D., Mass.) are pressing Vice President Mike Pence to help find a solution for 100 Iranians—most of them Christians or members of other Iranian religious minorities—who have been in limbo in Vienna for more than a year awaiting entrance into the United States.

The U.S. government earlier this month threatened the group of roughly 100 Iranians with deportation back to Iran in the middle of that government’s crackdown on protesters, according to human rights activists.

The activists said sending them back to Iran would endanger their lives because they would likely be jailed and tortured for trying to emigrate to the United States.

Hultgren and McGovern, co-chairs of the Tom Lantos Human Rights Commission in Congress, on Tuesday sent Pence a letter arguing that the Lautenberg amendment requires the Department of Homeland Security to presume that all Iranian religious minorities are eligible for refugee status in the United States.

The lawmakers accused the DHS and the State Department of violating the law by “preventing these Iranian Christians, along with other oppressed Iranian religious minorities, from entering the United States to escape persecution.”

“This sudden change in policy—from almost a hundred percent acceptance rate to nearly complete rejection—makes no sense,” the lawmakers wrote. “The law is clear: These applicants should be presumed eligible for refugee status. DHS and the State Department should…