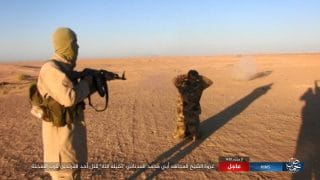 [ Editor’s Note: We have all been here before. NEO’s Alexander Orlov has pulled together the best recap that we have seen of the complex behind the scenes hands involved in the major rebound of an ISIS that was deemed to be broken and on its last legs two weeks ago.

VT could see that after the huge loses that ISIS had taken in the Deir Ezzor battle, and then most recently in Idlib with it’s failed counter offensive, that the major and complex attacks over the last few days involved substantial reinforcements entering the fight. They were well equipped and logistically supported not…