[ Editor’s Note: Never, possibly, in all of American politics has someone acted so childishly and thrown away a safe seat after their first year than Madison Cawthorn.

He was like immaturity on steroids and loving every minute of it, while thinking he was untouchable in a safe district. But despite it being solidly Republican, the older voters bailed on him due to his amateurish style.

He may not be gone, as the Trump people may view this as a safety net, thinking he can get the disabled vote or something. What a shame it is for the country that people with so little qualifications can even get elected.

There should be a minimum qualification bar for all prospective office seekers. I know I am dreaming about that, but it does offer me a ‘happy space’ I can go to when the drivel that we see running for office gets too depressing… Jim W. Dean ] 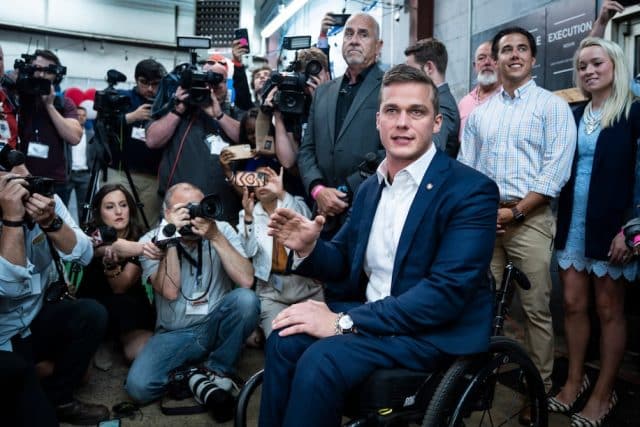 As Republican voters in the Blue Ridge Mountains explained why they didn’t choose Rep. Madison Cawthorn (R-N.C.) in Tuesday’s primary, one nagging thing was on their minds.

“He’s proven himself to be too immature to handle the job,” said Mike Eberhardt, a 78-year-old retired wildlife biologist and registered Republican who voted for Cawthorn when he first ran in 2020. “He doesn’t show up for votes in Congress. He just speeds around the country.”

“I don’t know the kid, but he’s a kid, and that may be what the problem is,” said Joey Reece, 66, a retired Drug Enforcement Administration agent and registered Republican who voted for Donald Trump twice. “You’ve got to earn a second chance.”

Soon after the polls closed on Tuesday night in North Carolina’s 11th District, it became clear the 26-year-old would lose after serving one term. The North Carolina GOP establishment, including Sen. Thom Tillis, got its revenge on the Trump-backed freshman.

“Congratulations to @ChuckEdwards4NC on securing the nomination tonight,” Cawthorn wrote on Twitter shortly before midnight. “It’s time for the NC-11 GOP to rally behind the Republican ticket to defeat the Democrats’ nominee this November.”

You can read the full Washinton Post article here.