NEWYou can now listen to Fox News articles! Authorities are investigating a fire that was set at a...
Read more

Host Dan Yaseen hosts David Swanson.  David is an author, activist, journalist, and radio host. He is the director of World Beyond War, a global nonviolent movement to end war and establish a just and sustainable peace. David is campaign coordinator for RootsAction.org.

David’s books on war and peace include War Is A Lie (a catalog of the types of falsehoods regularly told about wars), War Is Never Just (a refutation of just war theory), and When the World Outlawed War (an account of the 1920s peace movement and the creation of the Kellogg Briand Pact), as well as (co-author) A Global Security System: An Alternative to War (a vision of a world of nonviolent institutions). 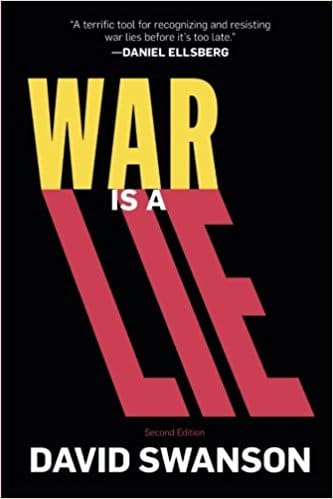 David blogs at DavidSwanson.org and WarIsACrime.org. He hosts a weekly radio show called Talk Nation Radio. He speaks frequently on the topic of war and peace, and engages in all kinds of nonviolent activism. He recently drafted a resolution urging Congress to move money from the military to human and environmental needs, rather than the reverse.

Versions of the resolution were passed by several cities and by the U.S. Conference of Mayors.

David also recently organized, with a lot of help from the Backbone Campaign, a flotilla of 50 kayaks that held banners on the Potomac River in front of the Pentagon reading “No wars for oil / No oil for wars.”

David holds a Master’s degree in philosophy from UVA and has long lived and worked in Charlottesville, Virginia.