President Joe Biden was outraged on October 5 when the oil-and-gas cartel OPEC+ announced that it would cut production...
Read more

Russia has submitted preliminary objections to a genocide case against Moscow brought by Ukraine, the International Court of Justice...
Read more

The West has and will further be getting a wakeup call from Russia. It will be a rude awakening. Lisping homosexuals and drag queens fail not only as role models for young boys but since gender confusion is a sickness, as defined in the West until just recently and as still defined in Russia, it spreads just like the disease it is. And it has spread in the West like syphilis in a whorehouse. Those afflicted with it consume themselves with envy for what they can never be a man. They turn society upside down and make cowardice a virtue and courage a toxin that must eradicated.

The West can no longer exist in the real world except as a pool of slaves to the hard men of the East. This is how it ends for western man, an improper pronoun cowering on command and praying his Cossack master does not beat him again today…

“Away from his arms
In the open field,
A man should fare not one stride
For never he knows
When the need for a spear
Shall arise on the distant road.”
-Havamal

Arms, both competency and possession has for thousands of years been the badge, the blazing emblem of the free man. Those who could not wield arms, or who refused to develop competency with them, were infirm, insane, or lowly serfs. Such a condition was not a credit to their status.

In Aryan society, there was a specific warrior class, membership determined by birth, yet competency at arms was never solely reserved for the warrior class. Warriors led in battle, and in the rule of the society. To this day, anyone who wishes to understand politics must also understand war. The two are closely related. The ancients knew this and structured their society accordingly.

Thus, we can immediately recognize that western society has completely veered off the path that brought it to worldly success. Arms, and competency with them, are currently demonized in the west. Martial and political power is irrevocably separated. Far from being an extension of the warrior class, politics is now largely represented by a unique class of weaklings, specifically liars, grifters, sell outs, and degenerates.

The history of the rise of the western world is largely misrepresented today, in an effort to assign copious amounts of guilt and blame. In order to arrive at this point, the realities of war and politics as hand in glove are ignored. Perhaps most treasonous, however, is the destruction of the tradition of the armed man, his greatest power, which was fealty freely given, and his mystical tradition of initiation, which has been subverted and stolen by the very forces that profit from the enslavement of the world today.

The right to keep and bear arms, as enshrined in the U.S. Constitution, is far more than the means to provide a “well regulated militia” for the defense of the Republic. It is far more than a constant reminder to the halls of power that the people have teeth. The right to keep and bear arms is in actuality a statement by which the very condition of the free man, going back into ancient pre-christian times, is affirmed into the future as that force with which society is ruled and defended.

Here, it must be said that any system, any society does not truly exist on paper. It only lives in the hearts and minds of those who make up its populace. What makes society a worthwhile affair, is the degree of truth and honour that flourishes in those hearts and minds. This is central to the point, because the west as an entity of political, economic, and cultural forces, no longer exists.

Thus, it is all well and good to discuss what the 2nd means, what it was supposed to mean, and how it should function, yet in each of these cases it is generally forgotten that the guiding light for the model of American society as crafted by those 18th century documents was an unspoken tradition, that heralds back to pre-Christian times. For example, it’s a well known secret that Washington DC is layed out according to old Masonic plans, and that just about all the founders were themselves Masons. Masonry is today the kind of a topic that inspires all manner of knee jerk reactions, most of them negative. I’m not truly interested in such discussions.

Masonry in the 18th century was a far different animal than any surviving modern examples, and while it would require exhaustive forensic work to fully detail, the Masonry of which we speak is thoroughly pre-Christian in source and function. It should be noted that after the murder and theft of the heritage of the Knights Templar, they continued as a force, primarily in Portugal and Scotland. Their treasure was largely relocated to places such as Oak Island in the New World, and various Templars joined the indigenous tribes of the Americas, who have preserved many of their stories.

Columbus claimed there was no Northern passage, but does anyone seriously believe that the masters would share their knowledge with him, a slaver and humorless profiteer? History bears out that the Northern passage was well known, used at least from the Bronze Age if not before. The Norsemen employed it to good effect for thousands of years, and the inheritance of the north was passed on via Masonry. The documentation is beyond the scope of this piece, to establish the Norse roots to Masonry. Suffice it to say this is not simply an empty claim.

Perhaps the best friends the surviving Templars had were the Masons. Certainly, both found correspondence in their pagan roots, their spiritual tradition, and their allegiance to knowledge. Yet time was not kind to the Templars, and as they faded into the greater milieu, it was the Masons who remembered their long-lost friends.

Masons and Templars pooled resources and moved the last of the Templar treasure to the New World. We know the Templars were here, for they left us the Newport Tower constructed upon the ancient cubit system of measurement and constructed for astronomical observation according to the 14th century. Like the many Rune stones still attacked by academia as fake, and the Ogham that archaeologists dismiss as chicken scratches, the evidence will never exist for the willfully blind.

However, it is entirely in keeping that the Masons would remember Templar treasure. Further, it was the Templars who moved it here to build their new magic land, away from the clutches of their oppressors. To those Masons, it would have been a fitting use to deploy this treasure as a down payment upon the New Nation they were struggling to build in an increasingly hostile world.

Masonry, and the ancient pre-Christian roots it preserved, was hardly a pastime to the founders. That such informed the state of mankind, and instilled a code and an understanding of the value of right action, right thought, and right belief was hardly a new idea. We have the perfect example of Rosicrucianism, an attempt, coming out of Germany, to establish the characteristics of the great man. Similarly, every true mystical tradition has always borne with it a code of behavior that provided a framework and a comparison for noble action. The founders did not live in a vacuum, they knew, understood, and participated in this tradition.

What exactly, is the tradition? And where do we find it to trace it to the minds of those who crafted this new America? For this, we can turn to one of the greatest philosophers of the 20th century. His greatest achievement, in this writers’ mind was combing through the ancient Pali texts to divine out the existence of the initiatory tradition in Buddhism. We are of course, referring to Julius Evola.

I am not going to dignify the howlings of lesser minds by repeating their often vapid and intellectually bankrupt “criticisms” of the life and legacy of Evola. I am going to state, unequivocally, that Evola’s work into Pali has no western complement, and similarly, his analysis of the western warrior tradition, its intrinsic symbiosis with freedom and empowerment, has no equal.

Evola states that there were two essential paths to knowledge in the west. The first, he refers to as contemplation. This is the realm of mystics, of sages, of seekers after the divine.

However, there was also a second, now completely overlooked tradition, which he referred to as the tradition of initiation. In the tradition of initiation, the candidate advanced in knowledge and ability through successfully completing various trials, some of which involve life or death, make it or break it events by which certain qualities were bestowed upon the initiate. This was not a path of study, but a path of action, whereby the very physical nature of the man was presented to forces that would either make themselves available to him or shun him forever.

The tradition of the free armed man is one whose origin is traced directly to the Arctic, and that place of origin from the very stars, the ancient Aryans. While this characteristic could and probably should be traced in detail through the various ages, for the sake of brevity we will begin our examination in historical times, with the advent of Chivalry. 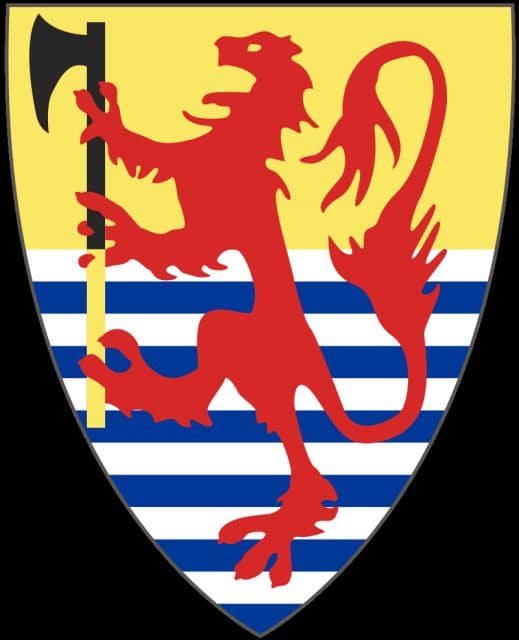 Chivalry is defined as a land-owning warrior class. Such a statement should be…