Who Really Makes US Foreign Policy? Who Benefits and Who Loses? – Veterans Today

In a piece of news that shocked the mainstream media, but which shocked no one familiar with the academic...
Read more

Respectful congratulations to Their Royal Highnesses the Duke and Duchess of Sussex on their wedding. It’s been a disastrous day for republicans and other assorted Bad Guys. The reaffirmation of romantic love and of the ties between Britain and America, the arrival into the Royal Family of its first mixed-race member and the gracious reception afforded to Meghan Markle’s African American mother by the Royal Family, not least by HRH Prince Charles, have been stunning blows against the Forces of Evil.

It has been a lovely day, which has lifted the mood of the nation. If the disgraceful school attack in Houston and the air crash in Cuba were intended as spoilers – and they might have been – then they were even more disgraceful. There’s not much we can do about school attacks and airliner sabotage until someone discovers the political will to confront and close down the DVD.

My sympathies of course to the victims and their families. Unlike the MSM, we at Veterans Today are working hard to stop this nonsense, so expressions of sympathy from us are sincerely meant.

Back to the wedding. If anyone thought that the Duchess of Sussex’s ethnicity was ever going to be an issue with either the British people or the Royal Family then they neither know the former nor understand the latter. German sympathizers in the MSM mounted a pathetic and shameful attempt a few weeks ago to portray HRH the Prince of Wales as a racist. That all fell apart in the space of an hour this afternoon, as Prince Charles walked Meghan Markle up the aisle and treated her African-American mother, Mrs Doria Ragland, with the utmost courtesy.

The British people have taken Meghan to their hearts. She is clearly in love with Prince Harry and equally clearly a warm and delightful person. America has a new princess, and so do we. 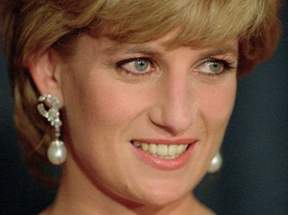 The cherished memory of Princess Diana was a constant theme of today’s events. Her favourite hymn (Guide Me O Though Great Redeemer), her favourite flower (the white rose), Sir Elton John performing at the reception – this was all as it should be. All of this will have been approved by The Queen. Her Majesty was not just attending as the groom’s grandma.

The Royal Family are well aware that Diana was murdered, and they know by whom. The ludicrous German attempt to implicate HRH the Duke of Edinburgh in an assassination they arranged themselves has done them no favors either. The Duke has not been well and made a special effort to attend today’s ceremony. He too has been smeared as a racist, by people who have never met him. Generally speaking racists don’t welcome black or mixed race in-laws into the family. The Duke is in fact a very nice person, if I may respectfully say so. He’s no more a racist than Oprah Winfrey, whom he will most probably have met at the reception.

Combining British and African-American religious music traditions was a master-stroke. The music was well-chosen, and I include the gospel choir in that. The service was not in the least bit stuffy. Stand By Me is a great song and its inclusion was entirely appropriate. All the musicians, civil and military, did well.

St George’s Chapel Windsor has seen nothing like it. To have an African- American Episcopalian Bishop, who actually believes in God, deliver a southern Baptist style sermon was wonderful. The Archbishop of Canterbury knows Bishop Michael well and knew what was coming. I am not sure however that The Queen did! Her Majesty’s face was a picture. It really wasn’t Her Majesty’s thing, but I am quite sure that She will have said some kind words to Bishop Michael in private after the service.

The Duke of Edinburgh was trying hard not to smile. I wouldn’t be in the least bit surprised to find him pressing for Bishop Michael to liven up Sunday services at Sandringham. I should explain that we are not used in this country to having bishops who believe in God. I see no reason at all why a bishop should not believe in God. Having longer sermons seems a small price to pay. 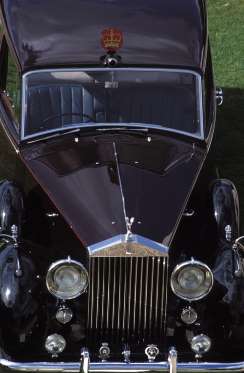 The Phantom IV was a spectacular choice. I have seen that car close up, twice, in fact I seem to recall that HRH the Duke of Gloucester, who was at today’s service, drove it in the parade of 500 Rolls-Royces and Bentleys to mark Her Majesty’s Golden Jubilee in 2002. (It was the only time I have been to Windsor Castle.)

She is a most elegant automobile, and incredibly rare. Only 18 were ever built, of which some 16 survive. It is largely a myth, BTW, that only the Royal Family and Heads of State could buy them. Rolls would sell you one if you had the money. Of course if you were an absolute stinker (a German spy, for example, or a Liberal) the factory might have quoted a slightly higher price or an absurdly long delivery time. There are ways and means of discouraging unsuitable owners of Rolls-Royces.

The Phantom IV was the only Royce ever built with a straight-eight engine. I was stunned when I saw the car pull out of Cliveden House. She is treasured by the Royal Mews and that was a BIG gesture to Meghan. The car is nearly 70 years old.

I was not all surprised by this morning’s announcement that The Queen has made Prince Harry the Duke of Sussex. This was an excellent choice of title, with respect, in accordance with royal tradition.

The title is a sign of The Queen’s Personal approval of the match. It is a huge honor. As soon as she was married, of course, Meghan became HRH the Duchess of Sussex. Mrs Ragland is now the mother of a Royal Duchess as well as a Royal Princess! Her emotion during today’s ceremony was moving and entirely understandable.

Having your daughter marry a Prince of the Blood Royal, not least when the Prince in question happens to be the second son of the martyred Diana, Princess of Wales, is HUGE. Today was also a big moment, I suspect, for African-Americans. How many millions of little girls will be going to bed tonight dreaming that they too could become a princess? I expect some big girls will be dreaming as well!

Today’s fairy-tale events will have a positive impact, I am sure, on race relations on both sides of the Atlantic. I suspect that Dr Martin Luther King, quoted today for possibly the first time in a sermon in St George’s Chapel, Windsor, would have approved.

It was very sad that Meghan’s father, Thomas Markle, could not walk his daughter down the aisle. That is the privilege of every father, indeed it is a big moment in any father’s life.

Whilst selling pre-wedding photos was a mistake, Tom Markle was forgiven, by the British public. Having a daughter marry into the Royal Family was new territory for him. My sense is that both the Duke and Duchess very much wanted the Duchess’s father to attend, but his health made it impossible. The poor man has had a heart attack, after all, and major cardiac surgery (is there any other kind?). I am quite sure that he will be getting more than a slice of the delicious-sounding wedding cake, and that the Duke of Sussex will be reaching out to him.

I am not sure that VT needs a Fashion Editor and I am quite sure that if the Editor-in-Chief decides that we do he will not be calling me! I know diddly-squat about fashion. My instructions to my tailors for my next suit will be no different than my instructions for my first bespoke suit 20 years ago, save for the size of the pocket which will be accommodating the smartphone.

However, for what my opinion is worth, I thought that Meghan’s dress was lovely. If I may say so, she looked quite stunning. The veil was entirely appropriate, although a break from tradition so far as royal weddings go. The dress managed to look contemporary and traditional at the same time.

Republicans will be grumpy. There was a very grumpy one on the BBC’s Today program yesterday morning. The republican movement in Australia in particular suffered a severe reverse today and rightly so.

Today’s wedding emphasised that there is a new generation of the Royal Family. Both Prince William and Prince Harry are hugely popular. Moreover there is enormous sympathy for them given the tragic circumstances in which they lost their mother. Prince Harry is the first member of the Royal Family to have gone into combat since HRH the Duke of York. (It was nice to see the Duchess of York there today, BTW.)

With respect, I think that the Prince of Wales will make a fine King. It will be his call, but I suspect that he will reign as King George VII. Republicans had hoped for a political breakthrough after the Queen is called home, but they are in for a shock. Prince William will become the new Prince of Wales and Heir Apparent. There will be a new Princess of Wales. Prince William’s Coronation, in the fullness of time, will be a hugely emotional event of global significance.

Impertinent republicans posing the question, ‘what happens after the Queen dies?’ will now get the answer, ‘Prince Charles will ascend the Throne of England, followed by Prince William’. Even while his much-loved father is on the Throne, as Prince of Wales Prince William will have a higher profile.

It gets worse for the Bad Guys. No King in the House of Windsor has ever reigned in His first name. Prince William’s other first names are Arthur, Phillip and Louis….