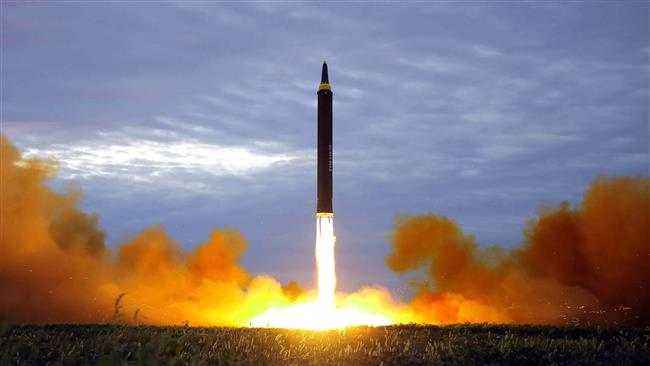 US President Donald Trump has ordered military to shoot down any missile launched from North Korea and heading toward Guam or the United States.

Sources close to the White House national security team told the media on Thursday the order was issued to the US military in the wake of last month’s threat by North Korea to fire a ballistic missile toward Guam, a US territory.

“The threat provoked the president,” one source told the news agency.

Another national security source told the media that Trump also is considering a new “shoot down” order for any North Korean missile fired toward Japan or South Korea.

“This is a clear exercise of self-defense, and there’s no question we should do it,” former US ambassador to the United Nations John Bolton told the media.

Bolton said the United States must take steps to protect South Korea and Japan which “are in jeopardy.”

Trump told Japanese Prime Minister Shinzo Abe on Sunday that the US is ready to use the “full range” of capabilities, including nuclear arsenal, at its disposal in dealing with North Korea, after the country conducted a test of a hydrogen bomb that could be placed on an intercontinental ballistic missile.

In his earlier remarks, Trump warned that North Korea would face “fire and fury” should it continue to threaten the United States.

North Korea on Sunday announced it had conducted a “successful” hydrogen bomb test, hours after two tremors were detected in the country.

The US is against North Korea’s nuclear weapons but Pyongyang says it will not give up on its nuclear deterrence unless Washington ends its hostile policy toward the country and dissolves the US-led UN command in South Korea. Thousands of US soldiers are stationed in South Korea and Japan.