Is Trump really trying to burn down the Iran nuclear deal? 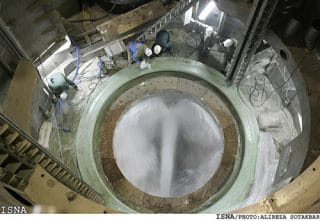 [ Editor’s Note:  We have stage two of the JCPOA deal leaks rolling out now with this new story that Trump will decertify the agreement and kick it into Congress to decide on the renewing of sanctions part.

The New York Times is saying that that seems unlikely, which seems strange. The Israeli Lobby would put a full court press on to do so, and the Saudi Royals would get their checkbooks out, which has worked well in the past.

But we do see a consensus among grownup observers that the damage to international relations, especially in Europe, is a classic case of the cure being worst than the disease, to which…