A former Obama administration intelligence official who worked in both the Departments of State and Defense has guaranteed bail for a...
Read more

“The mobs of the great cities add just so much to the support...
Read more

So, Yulia Skripal is still alive! Possibly in response to my last column on the Skripal affair (I am the only commentator who has picked up on GO2’s role in the affair and suggested that she was being held against her will) the British government produced her. However the ‘interview’ was very tightly controlled, and no independent questions were allowed. They wouldn’t allow me anywhere near this heavily staged event!

I’m still concerned that both Yulia and her father are being held against their will. MSM journalists are largely intelligence-illiterate. They are thinking therefore of Russia and Britain only, leaving Germany out of account. Since Yulia and her father are clearly in GO2, not police, custody, although police officers reporting to GO2 may be involved, and since GO2 is a German intelligence agency, this is nonsense.

Almost all media reporting on the WMD attack at Salisbury has been more or less gibberish. MSM journos continue to witter on about Novichok weeks after expert analysis in Switzerland confirmed that the nerve agent used was BZ, a non-lethal agent. A small amount of Novichok had been added to the sample, but given the very limited shelf-life of the agent once mixed it cannot have been used at Salisbury. Such Novichok as appeared was clearly added after March 4th, in a deliberate attempt to contaminate the sample.

The British government is lying, with respect. Almost all the statements they have made since March 4th have been junk. Whether Theresa May knows they are junk is unclear. She’s a house-trained idiot, no offense intended, with a limited intellect. Her ignorance of intelligence matters is profound, with respect, so she may simply have bought into the junk being foisted on her by dishonest officials, like she did when I was sent to prison for an offense I had not committed.

It’s high time that GO2 was shut down. The agency behind my malicious prosecution, it has been causing chaos for years. The UK cannot function as an independent country after Brexit if GO2 and the German electronics company, S, which operates Germany’s covert telephoning-tapping centre in London, are not shut down.

We also need the intelligence yield which we were denied when we defeated Germany in 1945. GO2 have hugely important files, e.g. on the Comet sabotage operation and subsequent cover-up, the King’s Cross fire and the Piper Alpha sabotage. Their files on the Manchester Arena attack and the explosion in the ISIL bomb-making factory on the 5th floor (4th floor in British numbering) of Grenfell Tower will also make interesting reading.

We cannot go after GO2 with Theresa May as Prime Minister, however. She has to go, and the sooner the better. The new Prime Minister has to get to grips with intelligence matters and grasp the role played by hostile intelligence agencies in politics.

The left and the MSM are obsessing on Russia, which that silly woman, no offense intended, Polly Toynbee, son of the notorious German spy Arnold Toynbee, described on BBC 1’s Sunday Politics Show, as an “enemy foreign power”. This is paranoid nonsense, with respect. Russia is a friend and potential ally. She played a glorious role in defeating the German enemy in World War II and a significant role in World War I. No future war with Germany will be short if it’s a one-front war. The key to defeating Germany, as always, is to crush her in a pincer movement.

Until Germany is defeated and broken up we must continue to accept international chaos, mass murder and huge loss of life, i.e. the sort of nonsense we have had to put up with since 1945. Governments are going to have to make up their minds. The British government is committed to maintaining large-scale narcotics imports by the GO2 distribution cartels, permitting ISIL terrorist activity (the government are fully involved in the shameful cover-up over Grenfell, currently the subject of a musical comedy inquest) and covering up Germany’s role in sponsoring the 2008 financial crash. This is simply unacceptable. We need order, not chaos.

I’m not sure that any minister understands that the current high murder rate in Britain, not least in London, is driven by GO2. Soft sentences for murder are vital for their two drug distribution cartels. Narcotics traffickers rely on enforcers and the threat of violence. That’s why the German agent Phillip Allen played such a key role in the abolition of capital punishment, arranging unpopular and unjust executions such as those of young Derek Bentley and Ruth Ellis, in order to undermine popular support for the death penalty.

As soon as capital punishment was abolished the murder rate went up, of course. This is all way beyond the capacity of any government minister to understand, sadly. The current British government is a classic example of the truism that only politicians with an intellect of less than 25% above the mean can get elected. A government minister, not knowing any better, would doubtless see the foregoing comments as a conspiracy theory.

Sadly, the current crop of ministers combine their profound ignorance and lack of intellect with powerful egos, which prevent them from taking advice from someone smarter. It’s a toxic combination, which prevents the UK from being rationally governed. 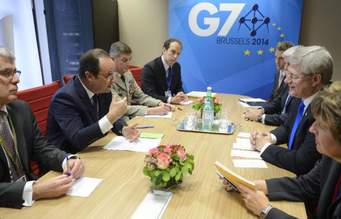 The President played a blinder in Quebec. Watering down the communique was brilliant. He was right to stand up to the others on trade – the reality is that Germany and China are already waging a trade war on the US. The Trump Administration are fighting back. Good for them.

Hysterical nutters in the British MSM are having a go at the President over the perfectly proper imposition of anti-dumping tariffs on the EU, without pointing out that until we leave the EU our steel and aluminum industries have to be treated as part of the EU.

The suggestion that Russia be invited to re-join the G7 is entirely sensible, with respect. It was a wonderful smack in the mouth for our very silly Prime Minister. With John Bolton as his National Security Adviser President Trump now has access to serious security advice. John may even have read my book. I am sure that President Trump is aware that the British government’s case against Russia on Salisbury is a crock.

Update on my case

The Criminal Cases Review Commission have refused to refer my two convictions back to the appropriate appeal court. Having wasted more than two years on a pointless inquiry, during which they conducted almost no investigation at all, they waited until my birthday, on March 9th, to announce their decision. No doubt they were hoping to upset me, but they’re not terribly competent with respect. They sent the letter to my solicitors, but failed to e-mail it to me, as they usually do! My very busy solicitors not unnaturally thought that I’d been e-mailed a copy. The CCRC usually sent a hard copy of their letters as well.

It wasn’t until I pressed my solicitors to chase CCRC for a decision, after I got out of Salisbury Hospital, that they realised that I was out of the loop. That then triggered an application for a Royal Pardon and the listing of the Bar Disciplinary Tribunal hearing, which had been held up by the CCRC ‘investigation’. The Royal Pardon application had to wait until we had a new Home Secretary, of course. Amber Rudd was thought to be opposed to a pardon and in favor, in principle, of jailing political opponents.

The warranty issue is vital. The hard drive the Crown Prosecution Service used to convict me was an aftermarket model, in other words not my hard drive. The warranty date also suggests that GO2 or Thames Valley Police purchased it after my arrest. Dell’s service website was also tampered with so as to remove critical data relating to my hard drive. The Thames Valley Police computer technician who gave evidence against me, Kelly Chant, omitted the serial numbers of the two hard drives she examined from her reports, as well as any reference to the Dell service website, about which as an experienced technician she surely must have known. Whoops! The Bad Guys have been caught red-handed.

This also applies to the memory stick. We now know that the prosecution claim that it was manufactured in China was untrue – only the chip was. This undermines the CPS timeline. I could not have acquired the memory stick in New Zealand in August 2011 as the CPS alleged. Almost certainly it was sent to SanDisk’s European regional assembly, packaging and distribution centre and then to the UK. SanDisk claimed to the court in a written statement that they could not track memory sticks by batch number, which I seriously doubt. SanDisk are now backing away from that position. They were of course taken over by Western Digital Corporation, an NSA contractor with higher ethical standards.

I pressed to cross-examine both the Dell witness, who carefully left the serial number of my hard drive out of his statement, and the SanDisk witness, but was denied permission by firstly former District Judge Andrew Vickers, who retired early in 2016, and then Her Honour Judge Karen Holt on appeal. This was a clear violation of Article 6(3)(d) of the European Convention on Human Rights. I took the case to Strasbourg, but in an intellectually dishonest ruling with respect, an Armenian judge, who is close to the UN, declared my application inadmissible. I don’t know what his reasons for this eccentric decision were with respect, since he didn’t condescend to give any. The ruling demonstrates, with respect, the urgent need for the UK to withdraw from the increasingly pointless ECHR.

If the Bad Guys thought it was…

A former Obama administration intelligence official who worked in both the Departments of State and Defense has guaranteed bail for a human rights lawyer accused of firebombing a police...
Read more
Left Wing Nut Jobs

“The mobs of the great cities add just so much to the support of pure government as sores...
Read more
Left Wing Nut Jobs

“The mobs of the great cities add just so much to the support of pure government as sores...
Read more
Donald Trump

A former Obama administration intelligence official who worked in both the Departments of State and Defense has guaranteed bail for a human rights lawyer accused of firebombing a police...
Read more

“The mobs of the great cities add just so much to the support of pure government as sores...
Read more

“The mobs of the great cities add just so much to the support of pure government as sores...
Read more